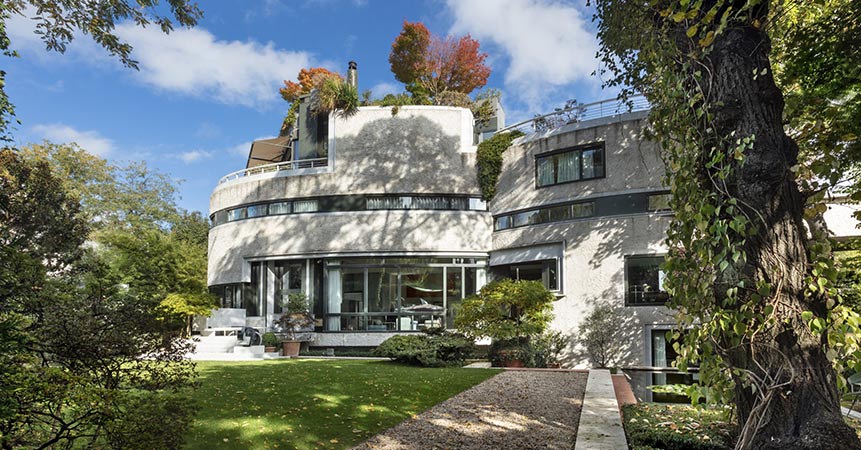 #Private Visit
In Paris, more than just a house, an architectural feat in a haven of green

#firm favourite
A jewel of architectural history in Sologne 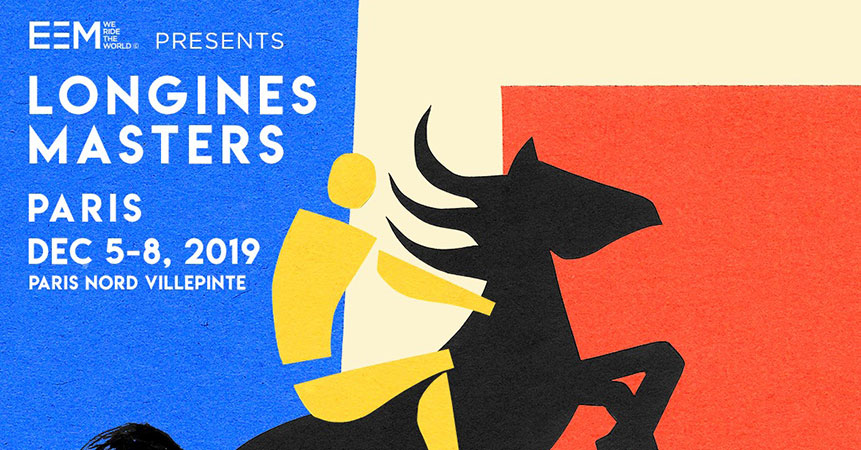 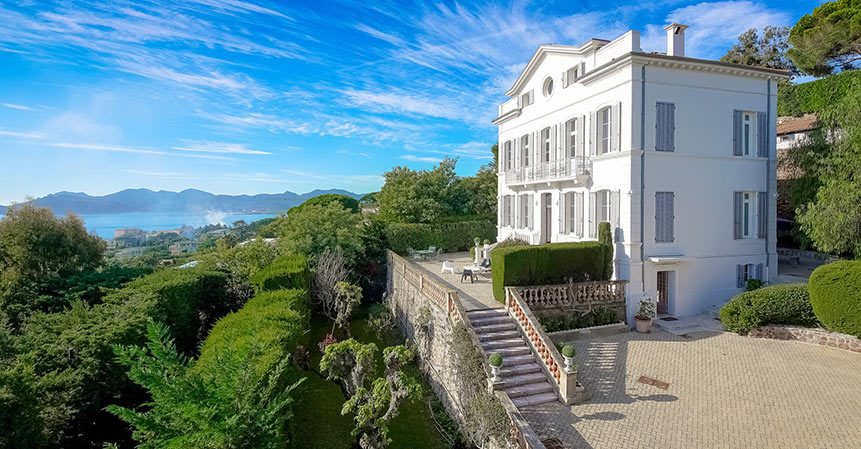 #Private Visit
In Cannes, get your hands on a piece of the French Riviera's history 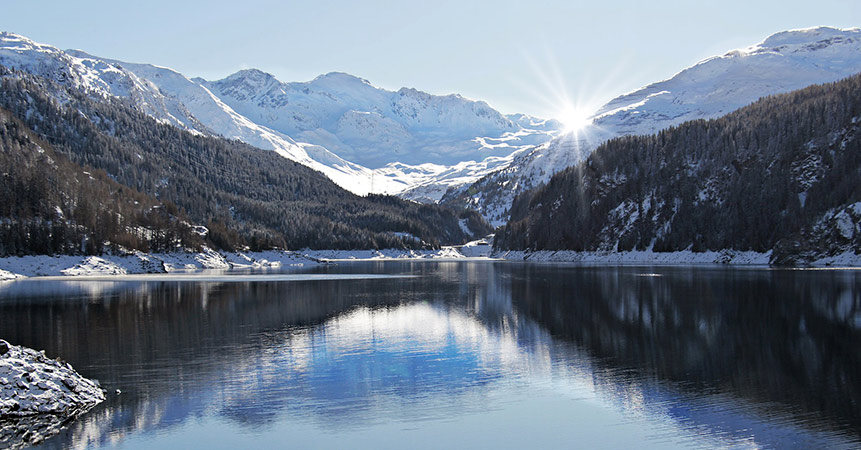 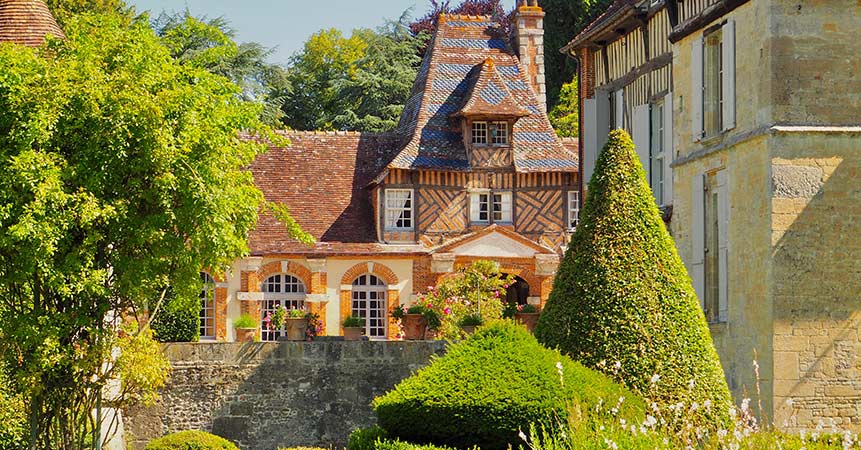 The Lancia Aurelia B24S Spider , launched in late 1954, was meant to be the most beautiful of the immediate post-war period. After a year of production, Lancia decided to shift gears, replacing the Spider with the B24S Convertible, a real cabriolet more comfortable and especially more enjoyable to drive.

This change of strategy came at a crucial moment in Lancia's history. The company was in dire straights. The Aureliawhether sedan, coupe or spider, wasn’t selling. The year 1954 was a calamity, with only 1,569 sedans and coupes in total sold. And 1955 was barely better. Gianni Lancia, son of the founder Vincenzo Lancia who died in 1937, who was running the venerable manufacturer with his mother Adele, decided to enter the Lancia brand in competition, hiring the driver Alberto Ascari away from Ferrari. 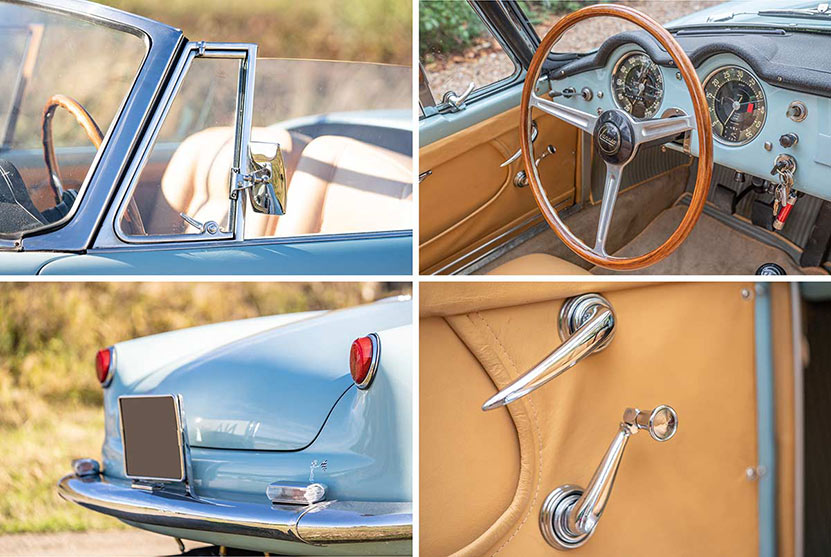 Results were unfortunately slow to arrive. The Italian government stepped in initially, granting a financial reprieve. The Scuderia Lancia was sold to Ferrari before Adele sold the rest of the company in 1956 to Carlo Pesenti, founder of Italcementi.

This is the context in which the B24S Spider was evolving. Too expensive, it was struggling to find buyers: farewell Spider, hello Convertible - a real convertible, more comfortable than the Spider but just as elegant. Presented in Turin in May 1956, it went into production in July of the same year. If the general design was similar to the Spider, the Convertible shared almost no body parts. The panoramic windshield was abandoned in favour of a conventional windshield, plus real windows in the doors. Full one piece bumpers, front and back, and a real convertible top completed the equipment. The B24S Convertible retained however the grace of the Spider, its curves and finesse, naturally since its design, like that of Spider, also came from Pininfarina.

The 2,451 cc V6 developed 108 horsepower for a curb weight of 1,200 kg. With this new version, Lancia intended to compete with its in-period rivals that have also become legendary today: the BMW 507, launched in 1956, more powerful but heavier; and the Porsche 356 Convertible, sold both in the United States and in Continental Europe at the time. 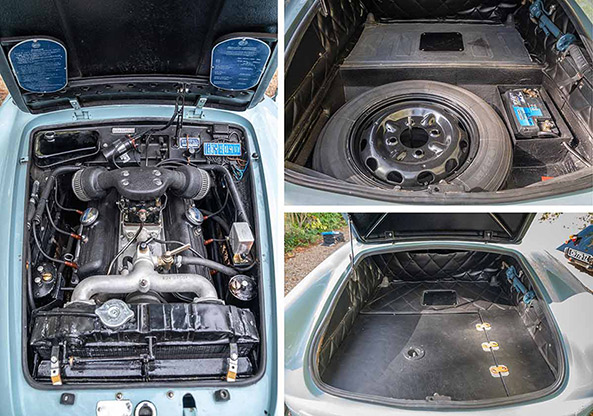 The Convertible, only produced in left-hand drive, remains the choice of predilection of well cultured and well heeled collectors of cars from the 1950s. Less radical, it is much more versatile while retaining the charm of the Italian 'Dolce Vita'. And as such it was thus the heroine of ‘Le Fanfaron’ (‘Il Sorpasso'), with Jean-Louis Trintignant and Vittorio Gassman, carrying our heroes along the Via Aurelia and through the heart of Italy.

This Lancia Aurelia B24S Convertible is from January 1956. Delivered new in Rome, this Lancia remained in Italy all the way until 2014. Always well maintained, the car we are offering has been awarded its ASI “Gold Medal” Certificate - the most prestigious and demanding certificate to be issued by FIVA and the ASI in all of Italy - proof that this automobile has always been very carefully respected and maintained, and that it remains in a completely compliant state.

In 2010, the owner at the time, engaged a complete paint and upholstery restoration of the car. The current French owner, upon acquiring the car in 2015, proceeded to undertake its total mechanical restoration at the shop of Gilberto Clerici, THE pre-eminent Lancia B24 specialist in Italy, investing over € 30,000.

The car has only covered 3,000 km since this mechanical restoration. The gearbox has also been redone with new parts, as well as the clutch. The whole brake system was gone over and also completely restored.

In 2018, Michel Chevallier, the French Lancia brand specialist, did additional mechanical detailing on the car : adding a reinforced starter, an auxiliary fan, as well as adding better insolation and so on. 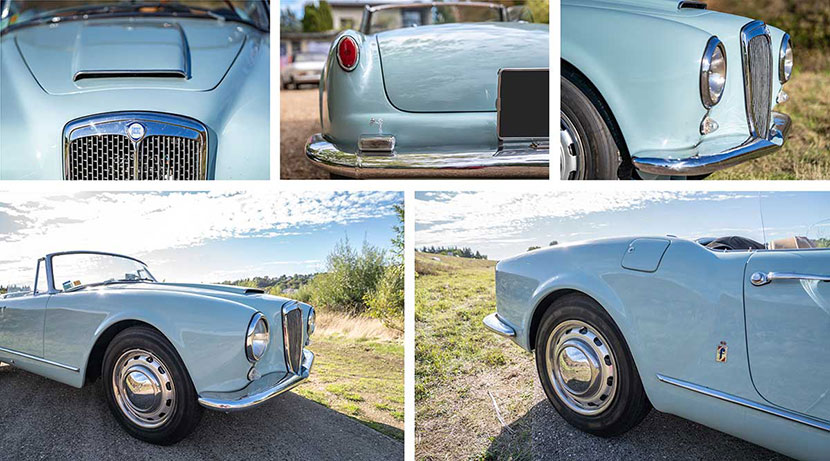 This Lancia Aurelia Convertible is unique on the marketplace! An extraordinary model with a clear, documented history. The significant and quality work undertaken by its current owner now assures its regular use.

Rare on the market, Lancia Aurelia B24S convertibles are considered one of the most beautiful in history of the high performance cabriolets. This one - in an award winning state - will delight its new owner and will allow him to access the most prestigious rallies and concours d’elegance.