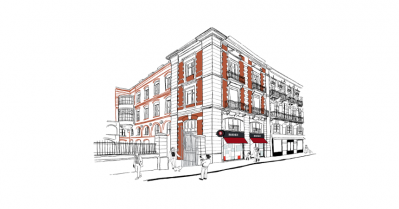 Thanks to its status as the French and European capital of aeronautics and aerospace, the presence of major pharmaceutical groups and a cutting-edge agri-food sector, the pink city attracts many executives, researchers, engineers, etc. who want to house their families in the best possible living environment. 'The qualified job market, a vector of dynamism for the city, brings in new buyers every year. In order to respond more precisely to this new demand for the sale and acquisition of high-end properties, we have chosen to open an office in Toulouse', explains Thibault de Saint Vincent, President of BARNES.

An economically and demographically dynamic city

Close to the Pyrenees, the Mediterranean and the Atlantic coast, Toulouse is ideally located in the southwest of France. Capital of the Occitanie region, the pink city is the 4th largest French urban area behind Paris, Marseille and Lyon with 1.3 million inhabitants, including 470,000 in the city center. 'For the past 15 years, the job market has been booming, enabling the city to attract 10,000 new residents each year, including executives with high purchasing power,' comments Hadrien de Belle, Director of BARNES Toulouse. As proof of this strong demand, the number of buyers is 11% higher than the number of properties for sale, which is a very high real estate pressure index.

In Toulouse, the average price of a high-end property in the city center is around 6,500-7,000 €/m². 'Prices are comparable to the purchase of a prestigious property in Nantes and up to 15% cheaper than in Bordeaux or Lyon,' he adds.

Despite the crisis in the aeronautics industry, prices are still rising steadily, with strong increases in sought-after neighborhoods such as Busca, Côté Pavée, Les Chalets and the hypercenter.

A clientele composed of executives

In Toulouse and the surrounding area, the majority of buyers are executives working in the aeronautics, agri-food and medical research sectors. In the pink city, the most sought-after properties are

• The beautiful apartments of approximately 120-150 m² in the hypercenter, located in the districts of Carmes, Saint-Etienne or Saint-Georges. These are generally retirees leaving their large homes and wishing to have all the amenities within walking distance who opt for this solution. 'We have also noticed that large apartments are less sought after than before the health crisis. The boulevards are also being abandoned, as they are considered too noisy and in the middle of repeated demonstrations', observes Hadrien de Belle.

• Townhouses with a surface area of between 150 and 300 m² with a garden and a swimming pool (or one that can be used as a pool) in the Busca neighborhoods as a priority, and in the Côte Pavée or Chalets neighborhoods if the offer does not correspond to your search. The budget allocated by families in the Busca area is between 1 and 1.2 million euros and can reach 1.9 million, but this remains more rare. 'For properties over 300 square meters, there are few buyers on the market because they do not meet the needs of buyers and require an exceptional budget', he adds.

• Contemporary and old houses with character and a swimming pool cost around 1 million euros, on the hillsides of the commune of Vieille Toulouse, in the Lardenne district or the commune of Blagnac (near the aerospace center) and in the commune of Balma (near the aerospace center). This sector is appreciated by executives, professionals or company managers working in Toulouse and looking to move to a green area at a maximum of 30 minutes away, for the daily commute, or even more if telecommuting is possible. 'The large properties located less than an hour from Toulouse, in the Tarn or the Gers for example, are appreciated by locals and Parisians. But also by a foreign clientele (Dutch and English). The acquisition of these properties is generally intended to become secondary residences', concludes Hadrien de Belle.